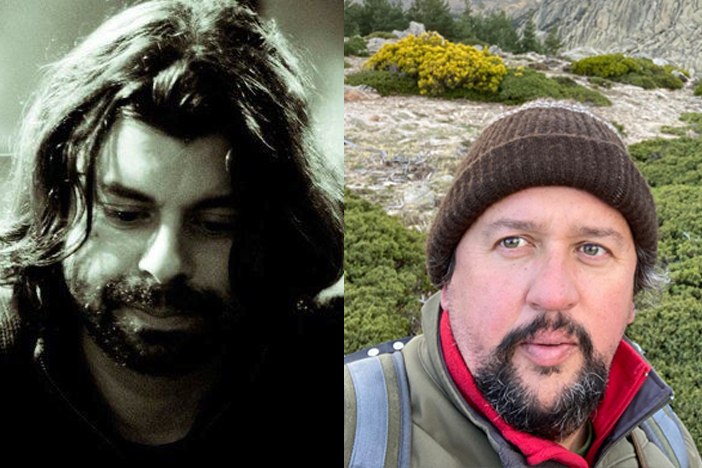 Julio Rabadán and Antonio Ordóñez, two natural scientists with many years of experience working with collaborative networks, the former is a chemical, and the latter is studying Environmental Science. “A big challenge for our biodiversity from the 16th to the 23rd of May.” “The idea is the product of months of conversation where we studied the possibility of collaborating between citizen science platforms and the ones that we direct at Observation Spain and virtual Biodiversity.” “Diversity and collaboration are celebrated as bases of citizen science for biodiversity. “We’ve called all associations for all fauna and flora groups. The variety of disciplines is enormous.” “We’re trying to unite all aspects of natural sciences for a common goal, the beginning of a major federation or alliance.”

What are you trying to achieve with this event?

Uniting thousands of natural scientists for a common goal, in a collective effort to do more things together. It’s a multievent on all parts of the Pensinsula, there are in-person events like trips to the country as well as online events, like live workshops, etc.

What type of organizations are part of this initiative?

We’ve called all associations relating to fauna and flora that we know of, so the variety of disciplines is enormous.

How can every citizen participate in this movement?

You can participate by providing data on all platforms that have joined this initiative specifically the major ones Observation.org, Spain and virtual Biodiversity. And a good platform for data regarding ornithology would be Bird España, although if you really want to help, we could use a natural scientist with a pen and notebook out in the field.  Anything helps.

What types of activities do you do during this week?

Is this the first time that organizations are uniting with a common goal to do something like this?

We don’t know if hundred associations from all over the peninsula from so many different disciplines have united for a common goal like this. At the risk of sounding pretentious, we think this is the first time that something like this has happened.

“More than 100 organizations from all over the peninsula. At the risk of sounding pretentious, this is the first time that something like this has happened.”

What results are you looking to achieve from this event?

But in terms of quality, in terms of unmeasurable achievements, we have the union of all types of natural scientists for a common goal, the beginning of a major federation or alliance.

“It’s very important that the people are concerned with science, with the importance of biodiversity.”

Do you think that society has enough awareness of environmental issues in general and of general biodiversity loss?

No, we don’t think so, but that’s precisely why it’s important that the people are concerned with science, with the importance of biodiversity and that’s why we’re holding this event. We’re optimistic and we think that society will become more aware.